Crimes involving firearms are among the most zealously prosecuted by the state of California. The state’s strict gun laws regulate nearly everything to do with owning or possessing firearms, from a mandate on background checks needed just to buy a gun or ammunition to bans on guns for individuals perceived to be in a high-risk ownership group. If you are accused of a gun crime in California, you need to seek out assistance from a qualified and seasoned firearm crimes defense lawyer right away.

California has some of the nation’s harshest gun laws, underscoring the need for a competent firearms criminal defense attorney. Defendants in California charged with firearms-related offenses are bountiful, including misdemeanor or even felony charges depending on factors such as the type of crime, the intent of the defendant, and the defendant’s previous criminal record.

Being convicted of a firearms offense in the state of California can come with several negative consequences, including and up to the loss of liberty if you are incarcerated in prison for the crime. Moreover, the state of California’s Penal Code 12022.53 calls for enhanced sentencing under some circumstances. For these reasons and others, it is important to reach out for assistance from an experienced and knowledgeable firearm crimes defense lawyer if you are arrested or indicted on gun charges. 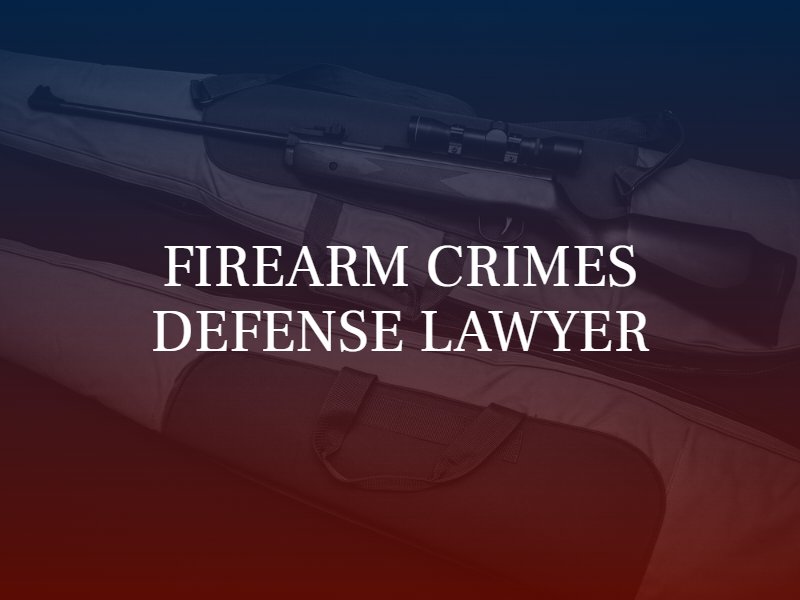 Why Hire Graham Donath to Fight Your Weapons Charge?

Because the state of California takes gun crimes seriously, it is important that you hire the very best representation possible. Penalties that come along with a conviction for a gun crime can be quite severe, affecting not just your reputation but your liberty as well. Graham Donath has become known throughout the area for his unwavering support of his clients, no matter the offense. Attorney Donath:

Why You Need an Attorney When Facing Weapons Charges in California

Although it is a cornerstone of our democracy, our criminal justice system has many, many flaws. Defendants in our country only get a fair shake if they are adequately represented in court by an attorney who is willing to believe in their right to adequate counsel. The Sixth Amendment to the Constitution of the United States goes beyond guaranteeing that persons accused of crimes have the right to an attorney. It also states that they have a right to adequate representation. Our caring and compassionate Riverside firearm crimes defense lawyer has the knowledge and experience to help you put forth your best possible case.

Attorney Graham Donath has become synonymous with protecting the rights of clients accused of criminal activity. Our office knows just how important it is to analyze the facts in every criminal case and then devise effective strategies that provide our clients with the best chance at negating the penalties they’re facing. Being accused of a gun crime can be difficult. Our team looks to help clients through this painful chapter in their lives by:

Who is Prohibited from Gun Ownership and Possession in California?

Firearms laws in the state of California predominantly seek to prevent certain people from owning weapons and to keep people from shooting or brandishing firearms, especially when it is reasonable to believe that someone might be harmed or killed as a result. People who cannot possess or own a gun in California include any person who:

This is not an exhaustive list of those who are prohibited from owning a firearm or gun in California. If you fall into one of these categories, seek counsel from an experienced firearm crimes defense lawyer immediately.

In California, gun-related offenses include:

In California, Penal Code 12022.53 is referred to as the “Use a Gun and You’re Done” law. It is applicable to serious felony offenses, including murder, carjacking, robbery, kidnapping, and some other violent offenses. This sentencing enhancement is sometimes also called the 10-20-Life enhancement.

Enhancements may include 10 additional years added to a sentence for convictions of a crime that involves a gun and up to 20 years for firing a gun during the commission of a crime. Up to 25 years may be added to a gun-related sentence if using the gun caused someone to become injured or die.

These enhancement laws in the state of California are no longer mandatory, thanks to the 2019 passage of legislation that grants judges discretionary powers to remove enhancements in weapons cases. However, that is not to say that an enhancement will not be sought in any particular weapons case. In fact, judges can add up to 25 years to the sentence of a convicted person based solely on their opinion in the case.

In the state of California, weapons charges may be classified as misdemeanors or felonies. The defendant’s criminal past, the circumstances surrounding the crime, and a few other factors are used by the prosecution when it decides how to charge defendants in weapons cases. Gun enhancement laws may affect charging criteria. In general:

What Are Some Defenses for Firearm Charges in California?

Being charged with a firearm offense in the state of California is scary and can come with life-altering and very serious consequences. Because of the seriousness of gun crimes, it is critical that you fully understand your rights and know what to expect. A firearm crimes defense lawyer with experience handling cases where defendants are facing firearms offenses is your best option.

Some of the most common strategies for defendants going up against gun charges include:

These are just a few of the most common defenses for weapons charges in California. In some cases, a defense attorney may also negotiate with the prosecuting attorney in a weapons case to have the charges reduced based on the circumstances surrounding the events in question. It might also be the case that an attorney who understands California’s gun laws may file a motion to suppress evidence that might have been collected illegally or outside the scope of the investigation.

Charged with a Gun Crime in Riverside or Orange County?

A gun crimes conviction—even at the misdemeanor level—can have lasting ramifications on both your personal and professional life. Being convicted of a weapons charge affects your reputation and the way that you are perceived by your family, the community, potential employers, and others. It is important to realize the seriousness of a conviction and to take all necessary steps to prevent it. Our office wants to help.

The Law Offices of Graham Donath value your liberty and freedom, and we know how quickly a case can go from bad to worse with the wrong representation. Our Riverside firearm crimes defense lawyer will work diligently and tirelessly to help you get the best outcome in your weapons case, going above and beyond to minimize the penalties you’re up against.  Request a confidential consultation or give us a call in Riverside at 951-667-5293 or Orange County at 714-758-5293 to get the ball rolling on your gun crimes defense strategy.