Consequences for Fighting in Public

Posted in Criminal Defense on September 18, 2019

Most people understand that fighting someone, whether in a public place or not, is not a good idea. Though we should all take steps to resolve differences before they reach a tipping point, there are times when tempers flare and fights break out. Fighting in public can be considered disturbing the peace, which is illegal in most states. 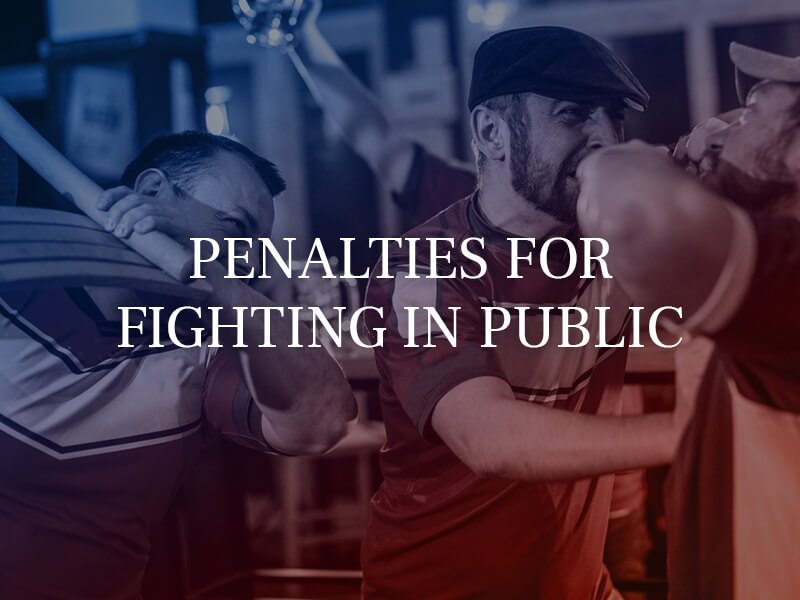 California Penal Code 414 is the law that covers disturbing the peace. The law covers crimes against the public peace and states the following:

There are various ways in which a person could face these charges. Some of the most common examples of these charges include:

What are some other consequences of this charge?

Then there is the personal reputation aspect of this to consider. Many areas make arrests public. Sometimes they even put them on the nightly news. This can negatively impact a person’s public reputation.

Can a person face additional charges?

Fighting in public can lead to more serious charges in California. In fact, disturbing the peace charges are often attached to assault and battery charges.

A person can be charged with assault when they threaten violence in a manner that would cause a reasonable person to feel afraid. You do not actually have to strike someone to be charged with assault. A person facing assault charges can face up to six months in jail, a fine of up to $1,000, or a combination of fines and jail time.

A person can face battery charges if the threat of assault turns into actual physical contact. A person charged with battery can face up to six months in jail, a $2,000 fine, or a combination of fines and jail time. If the battery is committed against a police officer, firefighter, EMT, or other types of public servants, a person can face felony charges with stiffer penalties.

Next time you are in a situation where a fight could break out, consider the consequences listed above. If you or a loved one have been charged with fighting in public, seek legal assistance from a local criminal defense lawyer as soon as possible.