What is the Age of Consent in California?

The term “age of consent” refers to the age in which a person is considered legally old enough to give their permission for sexual activity. Age of consent laws are in place to protect minors who are generally not mature enough to make informed and intelligent decisions regarding sexual activity. 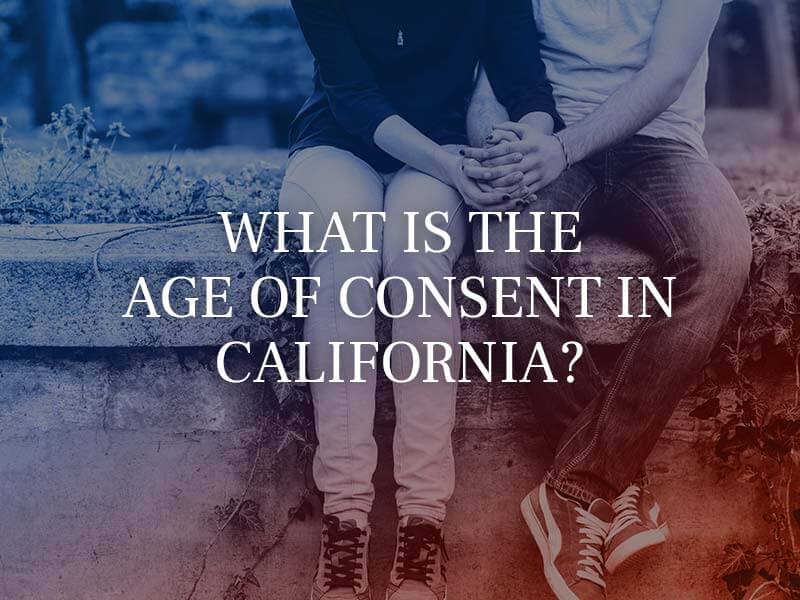 What is California’s age of consent?

The age of consent in California is 18 years of age. This means it is illegal for anyone to engage in sexual activity with someone under the age of 18 unless they are that person’s spouse.

If a person has sexual intercourse with a minor (anyone under 18), they can be charged with a crime. The crime for this is generally statutory rape, as defined under Penal Code 261.5. Statutory rape is a crime regardless of whether the sexual activity was consensual or initiated by the minor.

What are the penalties for this crime?

Statutory rape is considered a “wobbler” offense in California. This means that it can be charged as either a misdemeanor or a felony depending on the overall facts of the case. The difference in age between the defendant and the victim is a major determining factor in the punishment. A person convicted of this crime can face up to four years in state prison.

What about lewd acts with a minor child?

California Penal Code 288 is the state statute that makes it illegal for someone to engage in other types of sexual activity with a minor. The law defines a lewd act as either:

Does California have “Romeo and Juliet” laws?

California does not have a Romeo and Juliet law on the books. These laws are commonly referred to as “close in age exemptions.” This means that prosecutors would not be able to pursue charges against people who engage in sexual activity when:

Because California does not have a Romeo and Juliet law, it is possible for two 17-year-old minors who engage in sexual activity to both face statutory rape charges. An 18-year-old could also face these charges for having sex with a 17-year-old.

Do these charges require a person to register as a sex offender?

Do I need an Attorney?

You might want to consider contacting an attorney due to the possible penalties for violating the age of consent. Depending on the details of each case, you could face time in jail and you need someone by your side that can protect your rights and make sure you are being treated fairly under the law.