No place is free of crime. While many people let the fear of crimes taking place scare them, it is important to understand statistics related to specific crimes. Understanding the overall crime rate as it related to the population as a whole is important.

Overall In California, the rate for many crimes decreased. Some of the highlights from the latest reporting released by the California Department of Justice, are discussed here. 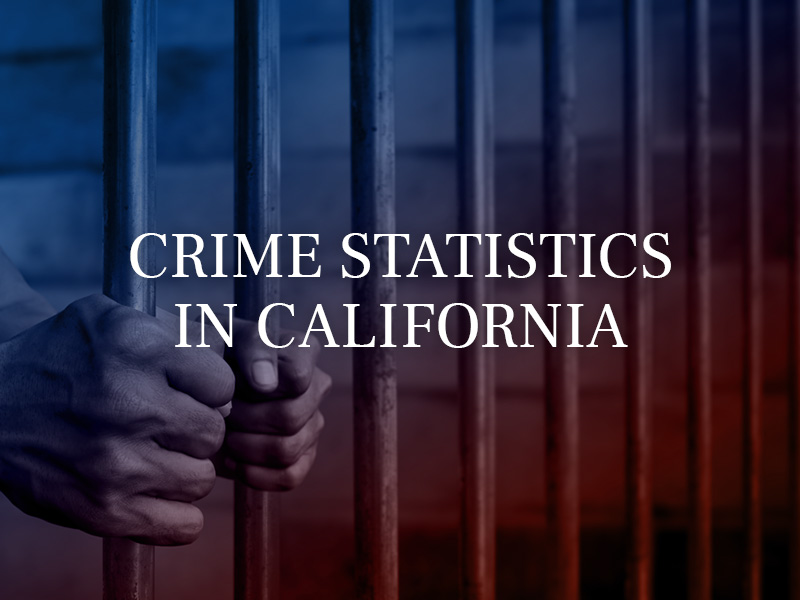 It is always good news when crime rates decrease. During the latest reporting year in California, the following statistics stand out (these rates are per 100,000 people in the population). From 2017 to 2018:

A decrease in these statistics is certainly a good sign. However, we want to point out that many serious crimes are reported each year. In 2018, we know that there were:

Concerning property crimes, we know that there were:

As expected, areas with a higher population density have higher rates of crime. The counties with the most reported violent crimes include:

Just because a county has more violent crimes reported does not necessarily mean that the “rate” of crime is higher.

Violent crimes are usually on everyone’s mind when they think about crime statistics. In California, the rates of violent crimes remain near historic lows. Statewide, the rates are comparable to levels seen in the 1960s.

What about domestic violence?

In 2018, there were 166,890 calls for assistance on domestic violence calls in California. Many of those (76,707) involved some sort of weapon (firearm, knife, other dangerous weapon). Domestic violence laws make it a crime to harm or threaten to harm an intimate partner. California Penal Code 243(e)(1) calls these “domestic battery” charges.

What if you are charged with a crime?

If you have been charged with a crime in California, you need to secure assistance from a skilled criminal defense attorney as soon as possible. Both misdemeanors and felonies can have serious consequences if a defendant is found guilty. A defense attorney will investigate all aspects of your case and work to build a defense. The goal will be to get the charges against you reduced or dismissed altogether. The Law Offices of Graham Donath