Hit-and-run accidents often lead to serious injuries and property damage. In California, it is illegal to leave the scene of an accident. If you or someone you care about has been charged with hit-and-run, you need to seek legal assistance as soon as possible. A guilty conviction could result in serious consequences, including jail time and fines.

What is considered a hit-and-run?

The typical elements of a hit-and-run are a driver who is involved in a crash who then fails to:

Hit-and-run incidents do not have to involve collisions between two moving vehicles. These incidents can also include: 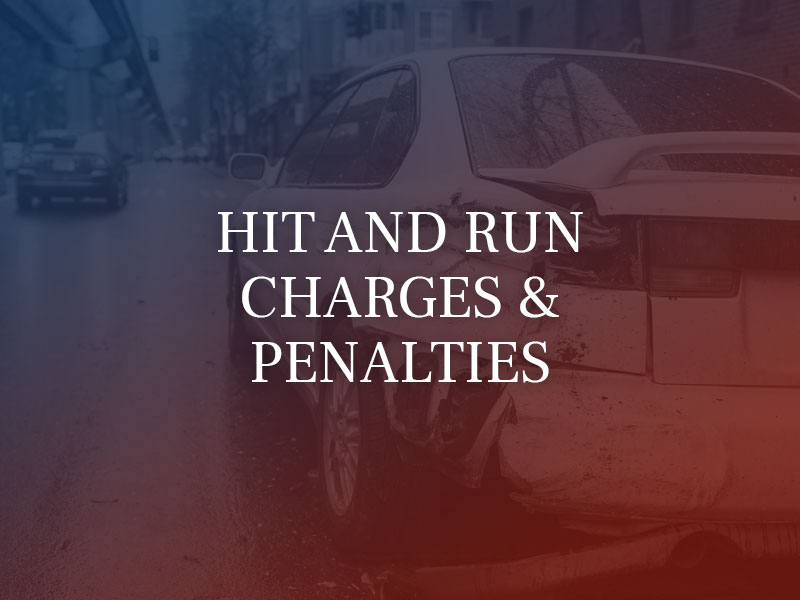 California law regarding a hit-and-run

Some examples of a misdemeanor hit-and-run could include:

A more serious offense is felony hit-and-run, as covered under California Vehicle Code 20001. This law makes it illegal for anyone to flee the scene of an accident in which another person has been injured or killed.

Some examples of a felony hit-and-run could include:

Violating California Vehicle Code 20002 is a misdemeanor offense. This crime is punishable by:

Violating California Vehicle Code 20001, though called felony hit-and-run, is actually a “wobbler” offense in this state. This means that it can be charged as either a misdemeanor or a felony, depending on the facts of the case.

If charged as a misdemeanor, this crime is punishable by:

If charged as a felony, this crime is punishable by:

Additionally, a person charged with any of these crimes may face probation when their sentence is complete (or probation in lieu of jail time) as well as community service requirements.

If you or someone you care about has been charged with a hit-and-run offense, regardless of whether the charge is a misdemeanor or a felony, you need to speak to a criminal defense attorney as soon as possible. Your attorney will thoroughly investigate the case against you and formulate a defense strategy. The goal is to get the charges against you reduced or dismissed altogether. When you need help from an attormey, you can contact the Law Offices of Graham D. Donath, APC for a free consultation of your case or by calling (951) 667-5293.