What is Criminal Conspiracy?

Posted in Criminal Defense on February 24, 2020

You may have heard the phrase conspiracy before but not realize that it can apply criminal actions. Criminal conspiracy occurs when two or more people agree to commit an unlawful act and then take some actions intended to complete the planned unlawful act. The final action taken does not necessarily have to be a crime itself, but it must indicate that the people involved knew about the plan and intended to break the law.

For example, let’s suppose that John, Roger, and Jessica decide to rob a bank. They first visit the bank to assess its security measures. They then combine their money to buy a gun and masks. In this case, all three individuals can be charged with conspiracy to commit robbery, regardless of whether or not they actually attempt or complete the crime. 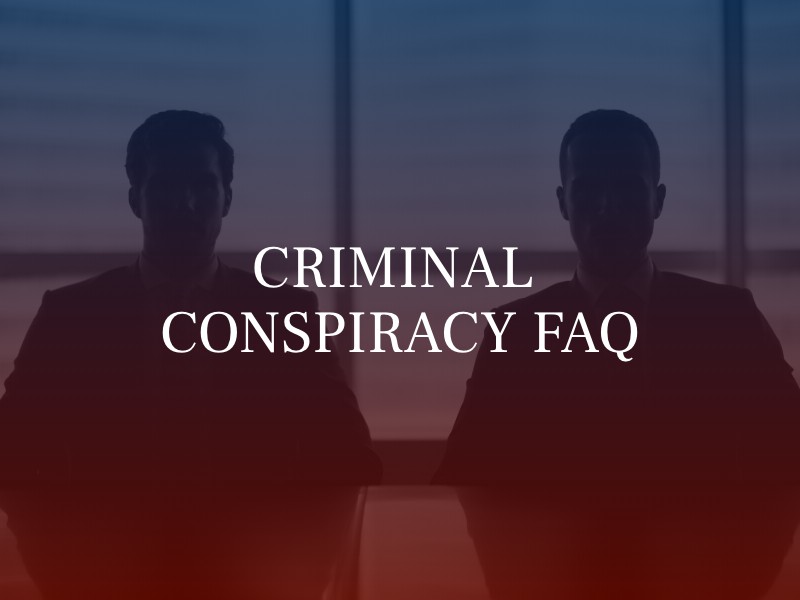 For conspiracy to have occurred, there does not need to be a formal agreement between the parties involved. In the example above, John, Roger, and Jessica do not have to agree unequivocally to terms such as “I agree to rob the local bank with you,” and this agreement most certainly does not have to be in writing. Instead, an agreement between the three parties will be implied based on the circumstances and facts of the case.

In these cases, the intention of the people involved is important. All individuals charged with conspiracy for a crime must have agreed to the crime and intended to achieve the outcome. Simply associating with those involved in the crime does not make a person a co-conspirator. For example, if your friend tells you they are going to rob a bank, that does not make you guilty of conspiracy. However, if you agree to participate by acting as the getaway driver for the robbery or by helping out in another way, you have become part of the plan and could be guilty of conspiracy.

In most jurisdictions, at least one of the people involved in the conspiracy must take actions to further the plan. Returning to the bank robbery example, if one of the co-conspirators purchases masks and rents a vehicle, steps have now been made towards completing the crime. However, if John, Roger, and Jessica are simply intoxicated at a bar and speculating on how much money they would get from robbing the bank next door and none of them ever takes actions to do so, this is likely not criminal conspiracy.

Penalties and defenses for conspiracy

A criminal defense attorney helping someone charged with conspiracy will look at several defenses on their behalf. In these cases, the attorney can raise the defense of abandonment or withdrawal in an attempt to show that their client clearly communicated to the co-conspirators or it took some actions to withdraw from the conspiracy.

In some cases, the defense of entrapment may be appropriate if the defendant was persuaded to participate in the conspiracy by government authorities or police and that they otherwise would not have participated in the illegal activity.

If you were somebody you know is facing criminal conspiracy charges, contact the Law Offices of Graham Donath, APC. Our qualified criminal conspiracy attorneys are ready to investigate your case and work to get the charges against you reduced or dismissed altogether. You can contact us for a consultation on your case or by calling as soon as possible.